Windows and doors play a critical role in determining your coastal home’s ability to remain resilient in the face of challenges brought by climate change.

The climate of the planet is changing, and designers, engineers, and builders must change along with it.

No matter what coastal region you call home, you’ve undoubtedly had to learn to anticipate and manage new environmental challenges in recent years. Windows and doors are a big part of that.

Resiliency has more than ever become a topic of conversation in the design and building industries and a critical consideration before just about any project. What are the best strategies for accounting for these new risks? Where and how should the goal of resiliency be integrated into your build plan? What are the unique demands of the region in which you are building? These and other questions are driving the development of new approaches, materials, and standards.

Windows and doors play a critical role in determining your coastal home’s ability to remain resilient in the face of the challenges brought by climate change.

Before we proceed, let’s break down the issues that pose particular challenges to specific coastal regions of the country.

Residents in this part of the country must contend with heat waves, heavy downpours, and sea-level rise. As these developments evolve, risks increase for infrastructure, agriculture, fisheries, and ecosystem damage. Not surprisingly, many states and cities in the region are incorporating climate change response into their planning.

In this corner of the US, people are watching how changes in the timing of stream flows reduce water supplies. Other hurdles like sea-level rise, erosion, flooding, risks to infrastructure, and increasing ocean acidity pose major threats. And then there are the increases in wildfire frequency and severity, insect outbreaks, and tree diseases that are causing widespread tree die-off.

This region is also experiencing sea-level rise, which poses widespread and continuing threats to the area’s economy and environment. At the same time, the increasing regularity of extreme heat promises to affect everything from health and energy to agriculture and water availability.

Whatever the climate, AuraLast® pine protects against water damage and rot like no other. Only JELD-WEN makes wood windows, patio doors, and door frames with solid AuraLast pine.

For the Midwestern states, extreme heat, heavy rain, and flooding will continue to create problems for a wide array of civic interests spanning infrastructure, health, agriculture, forestry, transportation, and air and water quality. While not specifically coastal, the Great Lakes area can expect an escalation of similar risks.

States here are dealing with increased heat, drought, and insect outbreaks. All are linked to climate change as is the recorded increase in wildfires. Also concerning are declining water supplies, reduced agricultural yields, and heat-created health impacts, as well as flooding and erosion in the coastal areas.

Building in greater resiliency from the start

The stakes are high across the country for homeowners and builders alike. Both the structures and their occupants are at risk. That’s why designing buildings able to withstand natural and man-made disasters has come into sharper focus than ever in recent years. When buildings are built to survive, the community itself is more protected.

Every year, builders are getting better at construction solutions that can combat the three major hazards — wind, flood, and fire. New high-performance materials and components and improved construction methods are now able to offer greater resistance to destructive natural forces.

Windows and doors are a prime example of how innovation and thoughtful design can contribute to a building’s resilience. They play a crucial role in helping maintain a home’s structural integrity. If a window or door is broken or otherwise poorly made or installed, it can open the way to serious damage. Rain or other moisture can lead to rot. Wind can enter and cause increased pressure that may lift the roof and push out the walls.

Many of our windows and patio doors are also available with ImpactGard® protection in the case of dangerous impact situations. The technology is engineered and tested to stand up to the strong impacts of windborne debris, as well as the harsh conditions often found in coastal areas. It meets the nation’s toughest building codes, including Florida and Texas, because even if the glass cracks, the fragments adhere to the inner layer and the shards remain within the frame.

There are perhaps no buildings that take a greater beating — and therefore require greater resiliency — than the hardworking lighthouse. These structures offer an invaluable test case for studying the effects of coastal climates on buildings and how best to protect against the elements.

Part of what becomes clear very quickly when looking at lighthouses is the central importance of their windows and exterior doors. Superior products are critical to dealing with the salt air, coastal moisture, severe wind, windborne debris, hurricanes, and tornadoes.

Take the case of the New Canal Lighthouse in New Orleans. Dating back to 1839, the historic structure had been exposed to harsh weather day in and day out for decades, including being devastated in 2005 by hurricanes Katrina and Rita, which ultimately led to its collapse.

After sustaining severe damage from hurricanes Katrina and Rita in 2005, the New Canal Lighthouse in New Orleans collapsed the next year.
Photo by Infrogmation. Licensed under the Creative Commons Attribution 2.5 Generic.

In 2008, the lighthouse won the JELD-WEN Reliable Lighthouse Initiative and received the latest in window and door technology designed to perform in all climates, including the harsh, humid conditions found in New Orleans. The windows had to not only protect the resurrected building, but also mirror the 19th-century originals, including their size and style.

JELD-WEN launched the JELD-WEN Reliable Lighthouse Restoration Initiative in 2005. This unique effort is aimed at preserving treasured lighthouses nationwide with new windows and doors. The pilot project for this national initiative was the restoration of the Umpqua River Lighthouse on Oregon’s southern coastline in 2005.

After winning the JELD-WEN Reliable Lighthouse Initiative, the New Canal Lighthouse received the latest in window and door technology.

JELD-WEN called on its Custom™ Wood Window product, choosing the pine option because it offers the Surface to Core™ protection the windows would require to reliably combat the coastal rain and any possible wood rot. The 16 custom wood windows that were finally installed closely matched the originals all the way down to tiny details such as the narrow muntin bars. Custom wood mahogany doors with 45-minute fire ratings were also installed.

Today, the rebuilt New Canal Lighthouse operates as an aid to navigation as well as serving as a museum and environmental education center. It remains one of New Orleans’s iconic structures. It also reminds builders in Louisiana and beyond that building on the coast requires building for the coast.

The change in weather from the northeast to the southwest is forcing us to adapt and think a little differently about our homes. How can we most effectively minimize impacts and boost our resiliency — especially those of us on the coast? JELD-WEN is here to help.

Shopping for a Front Door? Read These Tips First

6 Ways to Bring Contemporary Design into Any Home 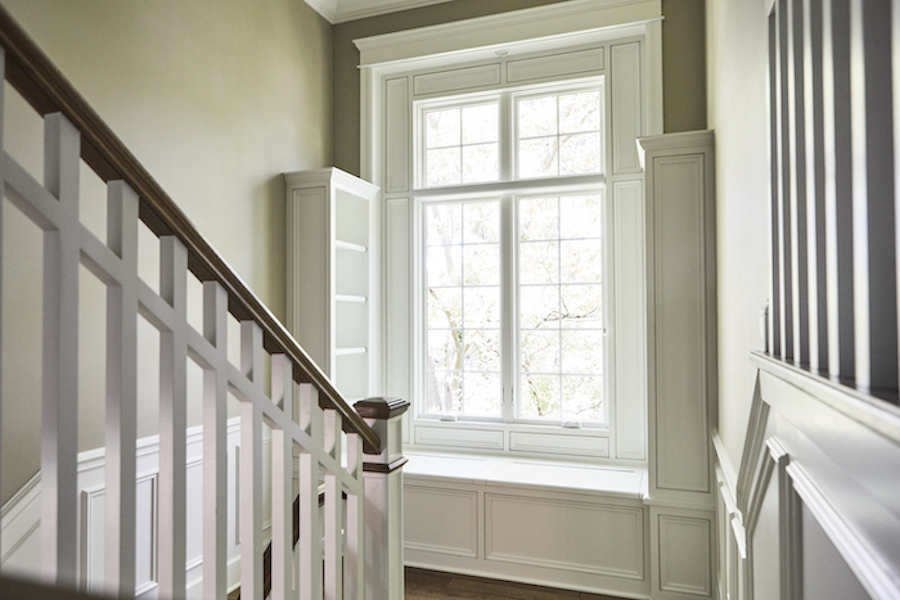 When Doors and Windows Are Struggling: Should You Repair or Replace? 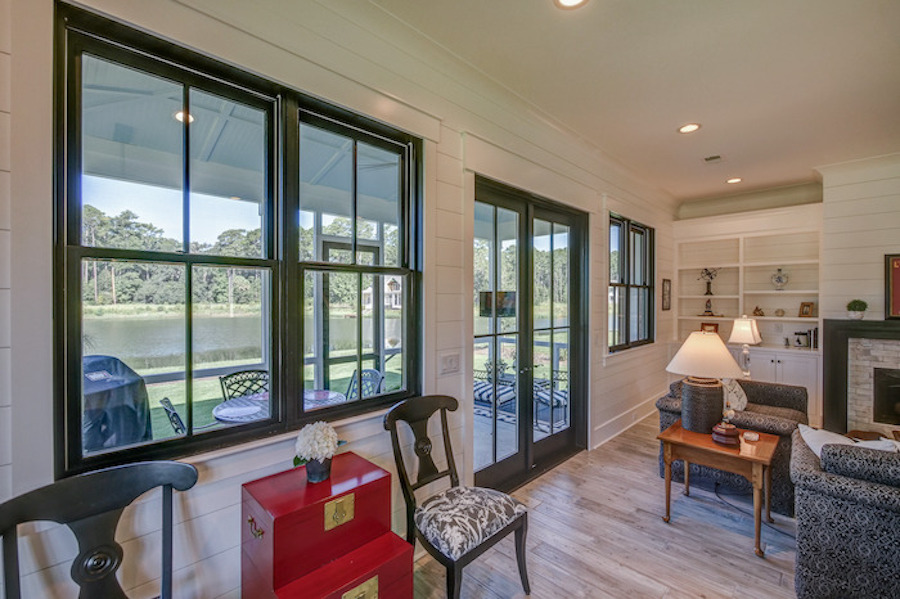 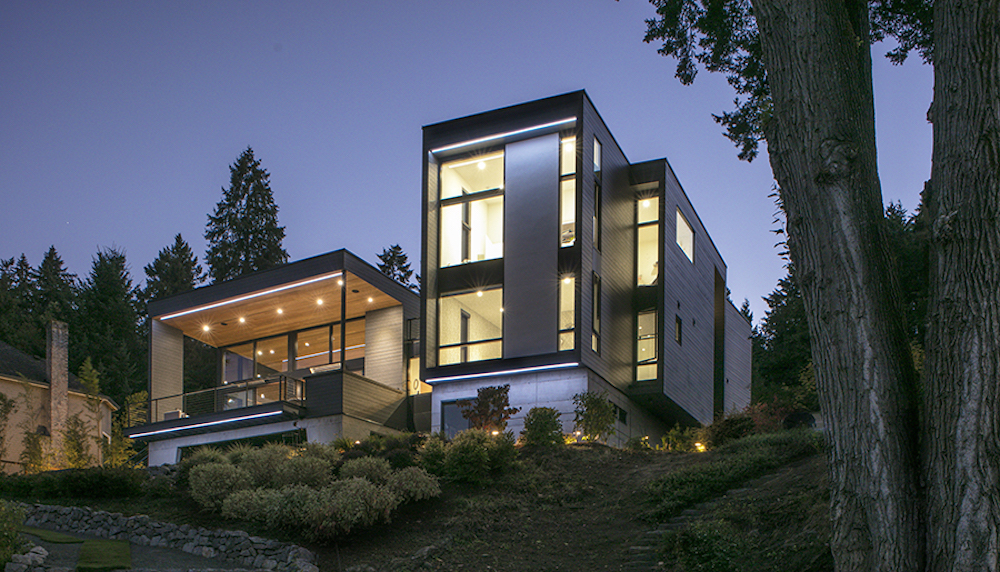