Many builders strive to exceed code and now look beyond mere survivability to the resilience of the home. A truly resilient home not only emerges intact from the storm but is less prone to moisture-related damage and remains habitable during extended power outages. It supports the short-term survival of the occupants and the structure and the long-term well-being of both.

Lots of decisions go into building a home that will survive whatever nature throws at it. One of the most critical decisions?  Windows.

That’s especially true in storm-prone coastal areas: when a hurricane blows the roof off of a home, it’s usually because the window was breached, letting wind inside. Even if the structure comes through the storm unscathed, windblown rain that gets in can cause major damage.

As homes across the US face threats from heavy rain, wind, and extreme temperature changes throughout the year, builders and homeowners are focusing on storm preparedness. And in selecting windows for a project, builders and general contractors need to consider relevant window ratings, the materials used to make the window, and the installation techniques.

Survivability as the bottom line

Most builders are familiar with a window’s impact resistance and design pressure. A certified impact-resistant window is similar to a car windshield, with two layers of glass surrounding a protective interlayer — usually polyvinyl butyral (PVB) — that holds the glass together in the event the window is struck by windborne debris.

A manufacturer can only certify a window as impact resistant if it passes an ASTM test protocol that ensures it will stand up to large and small flying debris. In the large debris test, a nine-pound 2×4 is shot at the glass from a specially made “cannon” at 50 feet per second; in the small debris test, a similar device shoots gravel or ball bearings. Although the exterior glass layer will break, the PVB interlayer has to remain intact.

The design pressure (DP) rating indicates the amount of wind pressure the window will endure before breaking apart. DP requirements vary by wind zone, the home’s geographical location, and the window’s location in the wall (wind pressure is higher at the edges of a wall than in the middle).

Impact resistance and DP requirements for windows were added to building codes after Hurricane Andrew devastated South Florida in 1992, leaving $25 billion in property damage in its wake. Those requirements proved their worth when Irma blew through the state in September 2017. Although the storm caused roughly $65 billion in damage, the American Architectural Manufacturers Association (AAMA) reports that homes built to the new code requirements suffered much less damage than older structures.

Impact resistance combined with a high design pressure rating makes a window more resilient. As a result, the structure is more likely to perform well before, during, and after a weather event.

Many builders strive to exceed code and now look beyond mere survivability to the resilience of the home. A truly resilient home not only emerges intact from the storm but is less prone to moisture-related damage and remains habitable during extended power outages. It supports the short-term survival of the occupants and the structure and the long-term well-being of both.

In the case of windows, the key measure for resilience goes beyond impact resistance and design pressure to performance grade (PG), which includes additional factors such as water resistance. “Design pressure will tell you how much wind the unit will stand up to, but it won’t tell you whether it will leak,” notes Greg Pearson, a JELD-WEN architectural consultant in San Diego.

DP is still important. In fact, the PG is calculated via a series of tests performed at a specific DP. “[Design pressure] is a starting point for defining the performance of a given fenestration product, yet it is not a performance rating itself,” writes AAMA Technical Services Director Ken Brenden.

To earn a performance rating, the window has to undergo tests for air infiltration, water penetration resistance, uniform load deflection ability, forced entry resistance, and operating force (if it’s an operable window). The higher the PG number, the more resilient the window.

In most of North America, water resistance is the most relevant of these attributes. Although windborne debris is a problem in Florida and the Gulf states, wind-driven rain is a more significant issue throughout the country. “Our biggest challenge is making sure that horizontal rain can’t find its way into the structure,” says Jim Schneider, a builder of coastal homes in Virginia Beach.

State codes recognize this. That’s why most jurisdictions on the Eastern Seaboard don’t require laminated glass. The Massachusetts State Building Code, for example, is based on the 2015 International Building Code, which includes tough requirements for wind-resistant construction in areas near the ocean. But the state amended its code to eliminate laminated glass requirements.

The published change summary (R301.2.1.2) explains the rationale: “Not finding any historical evidence indicating windborne debris has been the primary cause of major structural damage, and after much investigation, the windborne debris requirement has been eliminated. This simplifies design and construction and significantly reduces cost.”

Other states have come to similar conclusions. “After Hurricane Sandy devastated the Jersey Shore in 2012, there was an attempt to require impact-resistant windows,” according to Robbie Hawlk, a JELD-WEN architectural consultant in the Northeast. “It was dropped because of pushback from the building industry.”

Regardless of whether the jurisdiction requires impact glazing, water resistance is critical to any home’s resilience. That means PG will be the most important window rating for the builder to understand — especially if that builder wants to exceed code minimums.

Unfortunately, not all builders are even aware of performance grade. “In my experience, very few know what performance grade is,” says Bill Robinson of Train2Build.com, a company that trains builders nationwide on window installation and moisture issues. “The average builder just follows the code.” Currently, most codes only recognize design pressure.

When it comes to keeping water out of the structure, installation is as important as the window’s ratings. Even a top-quality window cannot do its job if not properly flashed.

Window flashing has been a major topic in industry publications and at conferences for years. Most trade shows include live training, and publications such as The Journal of Light Construction publish regular articles on the subject. Robinson believes the effort is paying off. “Judging from what I see at my seminars, I would guess that 65% of builders are getting the message,” he says.

However, there still seems to be misunderstanding around flashing materials. “If I see a window being installed, I usually have to correct something. Most often it’s a compatibility issue between the flashing and the caulking,” says Hawlk.

Even without a hurricane, the coastal environment is one of the harshest, with never-ending cycles of intense sun and windblown rain that take a toll on a home or building. That makes it important to consider the materials used to manufacture the window frame.

Pine frames with vinyl cladding are the most common choice, but not all vinyl is equal. Premium window brands use high-quality vinyl that won’t chip or peel and that resists color fade from the intense UV rays to which coastal windows are subjected.

For unclad wood windows, the protective treatment is crucial. Most processes only treat the wood to a depth of about 1/8 inch, which means a shallow scratch to the frame will expose untreated wood. By contrast, JELD-WEN’s proprietary  AuraLast pine fortifies the wood all the way to the core, providing a deep level of protection. Even if the surface is scratched, AuraLast pine resists rot, water damage, and termites.

Rated, high-quality windows with good flashing protect homes and buildings and their inhabitants against storms. They also reduce long-term maintenance costs and the chance of mold and mildew.

A truly resilient home or building will serve the owners and enhance the reputation of the builder in any environment.

For tips on choosing the right windows for your area, including climate considerations, click here.

10 Ways for the Remodeling Business to Thrive in Uncertain Times, Part 1

The top 6 products for quick flips and custom remodels 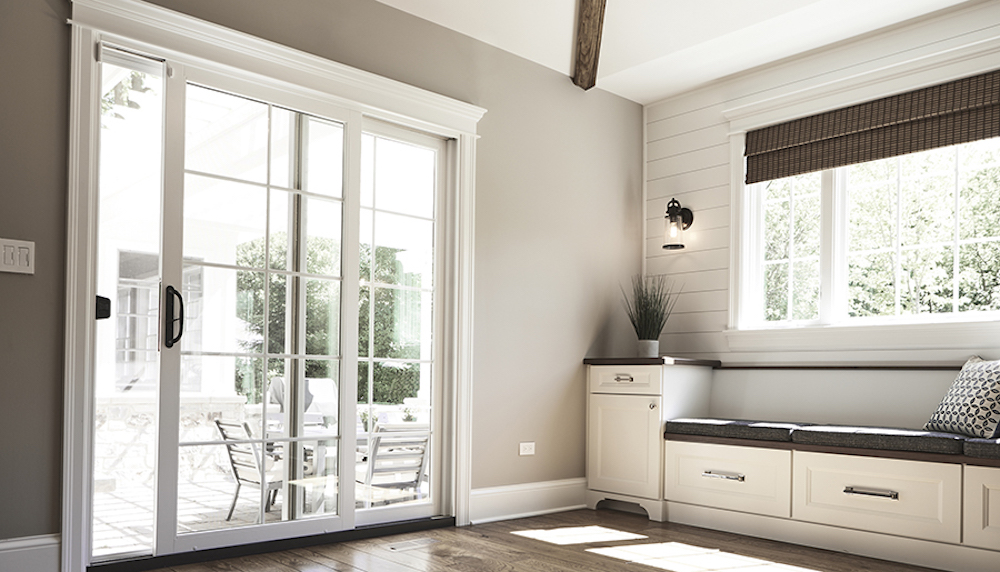 Understanding Your Options When Replacing Windows or Patio Doors 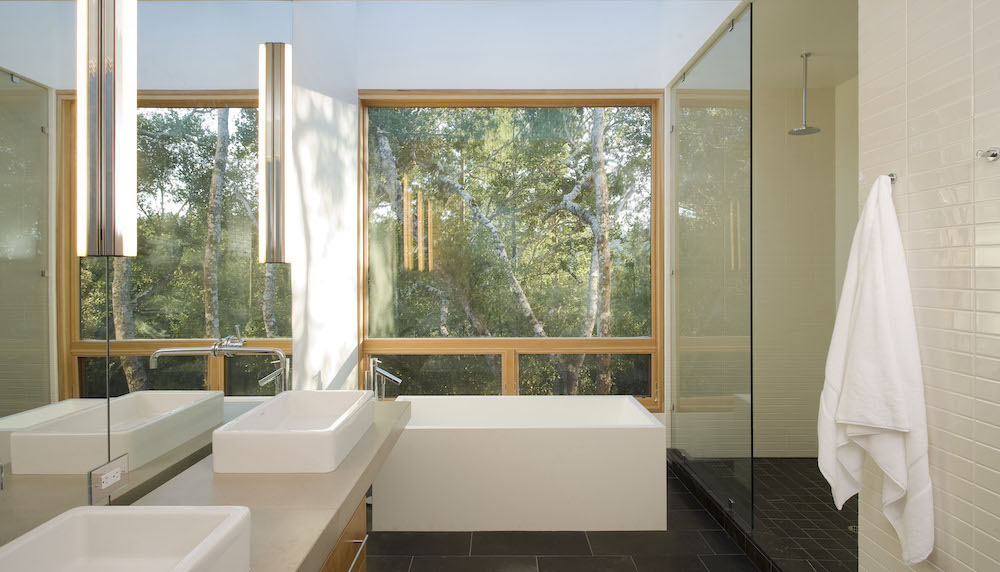